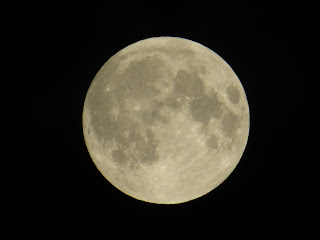 At nine o'clock on Sunday night I took a photo of the moon before it entered its orange eclipse wonder! I won't go into the scientific detail because I simply don't have a clue! However what I do know is that it was a spectacular sight! 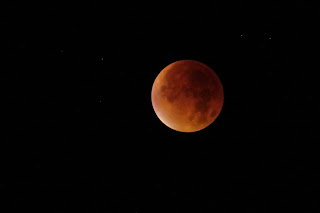 No, I didn't hijack the Hubble Telescope and take a picture of Mars, this is the moon! I'm sure you know the moon was at its best roughly around 3:30, so this meant I had to sacrifice a decent nights sleep for this photo as I had to get up at 7:00 in the morning for school! As you can see there is a huge change of colours from bright white to dusky orange.
Posted by J Mitchell at 08:06